Register Yourself Register Two or More
View Event Attendees
The MD-PACE Program offers access to commercial property assessed clean energy (“C-PACE”) financing, a rapidly growing form of long-term lending in Maryland. In this innovative system, private capital providers supply commercial property owners with 100% of the hard and soft costs associated with making energy efficiency or renewable energy improvements to their properties. These improvements allow the property owner to save money on utility bills and increase property value. The MD-PACE program has catalyzed more than $20 million of private investment in Maryland’s building stock, creating construction and clean energy jobs and improving the built environment. In this webinar, the manager of the MD-PACE Program will introduce the program and representatives of two cornerstone C-PACE projects in Maryland will describe the value that C-PACE can bring to both historical buildings and new developments.
The first project featured in this webinar is the historic Latrobe building. In June 2017, ASH NYC acquired the Latrobe Building at 901 North Charles Street in the Mount Vernon neighborhood of Baltimore. Acquired well below the cost of its replacement, ASH NYC plans to bring both occupancy and rents for the Class B commercial office property in line with the market through targeted property improvements and attentive management. This property has the potential to become the next location in the ASH Hotel portfolio. The developer is accessing $4,000,000 of C-PACE financing to install various energy and water related improvements.
The second case study is the Microtel By Wyndham hotel development project in Gambrills, Maryland. This project represents the first use of C-PACE financing in Maryland to fund a portion of the capital stack for a new construction project. Almost $2 million in C-PACE financing is directly supporting energy efficient infrastructure investments throughout the building, including HVAC, window, lighting and building envelope improvements, as well as water conserving low-flow fixtures. Paul Thompson is currently a Business Development Officer with Twain Financial Partners – a +$4 billion asset management fund that focuses on commercial real estate, community development, and renewable energy.  Paul’s work focuses on structured finance that includes tax credit equity, PACE financing, and ground-lease structures for projects located throughout the U.S. Paul has over 10 years of experience in commercial finance ranging from top 20 lenders to community banking.  His clients have included private equity funds, REITs, multigenerational real estate firms, and real estate intensive companies that span from IT to health care facilities. Paul earned his Masters of City and Regional Planning from University of Pennsylvania in 2010.  He was awarded Top 100 in Finance in 2019.
View in Member Directory Will open in a new window 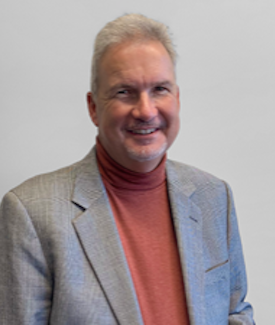 Terry Stark is an Executive Director and is responsible for business development and origination. Located in Southwest Florida, Terry brings an extensive financial background to the PACE team. Terry previously spent over 15 years with PNC Bank in the St. Louis, MO market running the Business Banking division in St. Louis and Southern Illinois. Terry also worked with the City of St. Louis on the creation of their Property Assessed Clean Energy program. His drive helped the program come to life with PNC Bank as the lender. After relocating to the Ft. Myers market in SW Florida, he continues to open doors to new markets and new opportunities for PACE to shine whether a client is doing a retrofit or new construction project.
View in Member Directory Will open in a new window 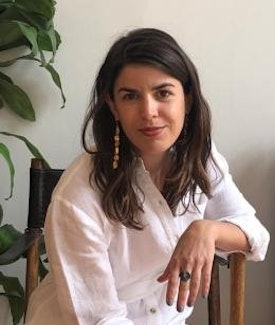 Jen coordinates all aspects of ASH NYC’s mixed-use and hospitality development projects in the mid-Atlantic including design, entitlements, financing, and construction. Jen was previously with EastBanc in Washington, DC, where she oversaw the development of a 600,000 square feet mixed-use public private partnership (“PPP”) in the West End. The West End redevelopment transformed two low-density public facilities (a library and a fire station) into best-in-class facilities with a mix of uses above them. The complicated PPP has become a model for the District’s continued redevelopment efforts. Prior to joining EastBanc, Jen worked on historic preservation projects at Cross Street Partners in Baltimore, Maryland. Jen was raised in Baltimore and graduated from Johns Hopkins University with Bachelor of Science degrees in International Relations and Economics. She received a Master’s in city and regional planning from the University of Pennsylvania.
View in Member Directory Will open in a new window 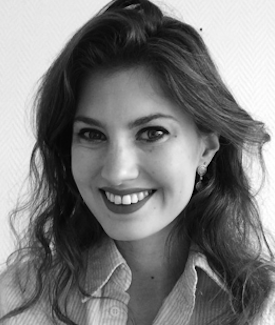 essa Coleman is the Senior Manager of Programs for PACE Financial Servicing (PFS). She manages the MD-PACE and Montgomery County C-PACE programs. Jessa has directly administered the closure of $12 million of C-PACE financing in the state of Maryland. She also supports the Virginia PACE Authority in its administration of C-PACE programs in Northern Virginia as Business Development and Marketing Partner. In addition to C-PACE program administration, PFS is active in C-PACE program design. Jessa has supported program design efforts in Pennsylvania and New York and is currently engaged in contracts to design statewide C-PACE programs for the states of Alaska and Oklahoma. Recently, Jessa shepherded the closure of the first two C-PACE pilot projects in Oklahoma, totaling $4.9 million. She regularly speaks at conferences throughout the Mid-Atlantic, as well as national conferences such as U.S. DOE’s Better Building Summit and the PACENation Summit. Prior to working on C-PACE financing, Jessa consulted for social enterprises in Europe and Africa. Jessa received a Master’s in Management from HEC Paris, specializing in Sustainability and obtaining a certificate in Energy & Finance. She holds a BA in International Studies from American University in Washington, DC.
View in Member Directory Will open in a new window

ULI Washington: A Conversation with Howard University President, Dr. Wayne A. I. Frederick