Join ULI Baltimore as we learn about and tour the new Baltimore Unity Hall.

The Memorial Apartments Corporation (MAC), a local non-profit, and Somerset Development Company partnered to acquire, renovate, and transform the former Empowerment Temple, located at 1505 Eutaw Place, into a Center for Community Arts, Education, and Job-Training.  The building was originally built in 1964 as the Union Hall for Amalgamated Clothing & Textile Workers and, until several years ago, the Empowerment Temple Church ran community programs out of the building.  In recent years, the building had been vacant and had declined rapidly due to deferred maintenance.

The revitalized space, now called Baltimore Unity Hall, provides affordable programming and office spaces for community organizations, and is intended to break down barriers that have traditionally divided the community and to build a healthy, safe neighborhood for all. The project was developed collaboratively with community input to create a common vision and commitment to serve the needs of the surrounding communities and is operated on a non-profit basis.

Baltimore Unity Hall, Inc., a 501c3 charitable organization, master leases the building and is responsible for the operations and programming.  The Unity Hall provides a venue for community meetings and events, art exhibits, music performances, community theater, and other cultural events, as well as program spaces for education, outreach services, and workforce development. A new commercial kitchen on the lower level creates a venue for a local catering operation and culinary arts training, which will provide a real-world experience for those seeking employment in the restaurant industry.  An auditorium hosts community events and meetings, training and education sessions, arts and cultural events, and exhibitions. Additionally, there are several artist studios and spaces for co-working. 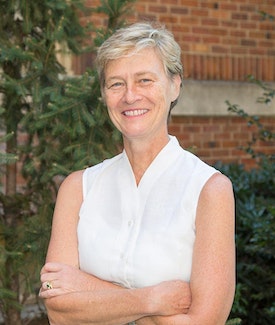 Nancy Hooff is the President of BUH, Inc., the nonprofit organization responsible for managing and operating the Baltimore Unity Hall. Ms. Hooff is also a co-founding principal of Somerset Development Company and leads the company in overseeing pre-development planning and budgeting, design, construction administration, asset management and resident services. With a portfolio valued at $400 million with over 2,270 multi-family residential units, retail spaces and community buildings, the company specializes in revitalizing communities in underserved areas through the use of public-private financing, historic preservation and partnerships with tenant associations, local businesses, and non-profit entities. Prior to starting Somerset, Ms. Hooff worked in the field of development economics, housing and community development, municipal finance and local government in the international arena for 15 years as a Foreign Service Officer and contractor with the U.S. Agency for International Development (USAID). Ms. Hooff managed USAID’s programs in local government, democracy, urban development and housing for Eastern Europe and the countries of the former Soviet Union. This work included overseeing housing guarantee funds and the development of municipal finance systems. She also served in Mauritania, Tunisia, Guatemala, and provided technical and program support services to other countries of Central America. Prior to joining USAID, Ms. Hooff was founder and principal of a business consulting firm in West Africa. She has a Master’s Degree, with a specialization in international development economics, from the Fletcher School of Law and Diplomacy, Tufts University. She was awarded an Honorary Degree of Social Entrepreneurship from Dickinson College in 2018.
View in Member Directory Will open in a new window 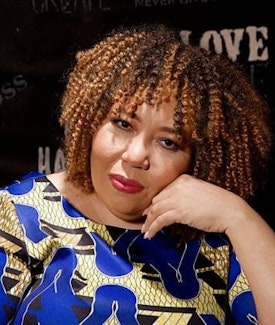 Petula Caesar, Founding Center Director of the Baltimore Unity Hall, a new Center for Community Arts, Education, and Training serving Central West Baltimore, located at 1505 Eutaw Place, has been a non-profit sector professional for nearly two decades with extensive development and communications experience. She has served Baltimore-based organizations including Baltimore Corps, Women’s Housing Coalition, and the Baltimore Rock Opera Society in various capacities ranging from Development Director to Director of Community Relations. She has also been a multi-talented artist and a professional writer – she has covered arts and entertainment for Baltimore’s former alternative weekly City Paper, The Afro-American Newspapers, and Baltimore Magazine. Petula released her memoir entitled "She's Such A Bright Girl: An American Story" in 2018, where she recounts an upbringing full of conflict and tension centered around colorism.
View in Member Directory Will open in a new window